JOIN THE MAGIC OF THE NUTCRACKER!

Join us for this holiday classic!

Tickets are sold through E-TiX.

Purchase a Nutcracker gift bag for your dancer! Gift bags include:

Click HERE to fill out the Nutcracker Gift purchase form

per bouquet Dancer or parent will be able to pick up on preferred performance day at the flower table.

Love Note Sample: Hailey, we are so proud of all your hard work and dedication, can't wait to see you shine!  Love, Mom & Dad.

The Story of The Nutcracker

Become mesmerized by the colorful costumes, pageantry, and festive scenery including snow falling from the sky!

Make IDT’s Nutcracker a holiday tradition with your family!

It is Christmas Eve-The Stahlbaums are hosting their annual Christmas party, festive music and dance ensues as godfather Drosselmeyer arrives.  He is a skilled clock and toy maker and always full of surprises. Drosselmeyer draws everyone's attention as he presents dancing dolls.

As the clock strikes midnight strange things begin to happen.  The Christmas tree grows, the toys around the tree come to life while the room fills with an army of mice, led by the fierce Rat King.  As the Nutcracker awakens, he leads his army of toy soldiers into battle with the mice.

The Nutcracker and his army can go on no longer and are captured by the mice and their King.  Clara makes a final daring charge throwing her slipper at the Rat King, hitting him square on the head.  The Rat King drops to the floor and the mice run away, carrying off their leader in tears.The Nutcracker turns into a Prince and takes Clara on a journey to the Land of Snow, an enchanted forest wonderland  where they are welcomed by dancing snowflakes.

Clara goes on a grand adventure to the Land of Sweets where they are greeted by the Sugar Plum Fairy. Clara watches as the sweets dance in the magical kingdom.

The Spanish Chocolate Dance, The Arabian Coffee Dance, The Marzipan Dance, The Waltz of Flowers, and the beautiful Sugar Plum Fairy dazzles.

Clara awakens and finds herself in her living room with her beloved Nutcracker.

Was is all a dream, or did Drosselmeyer cast a magic spell? 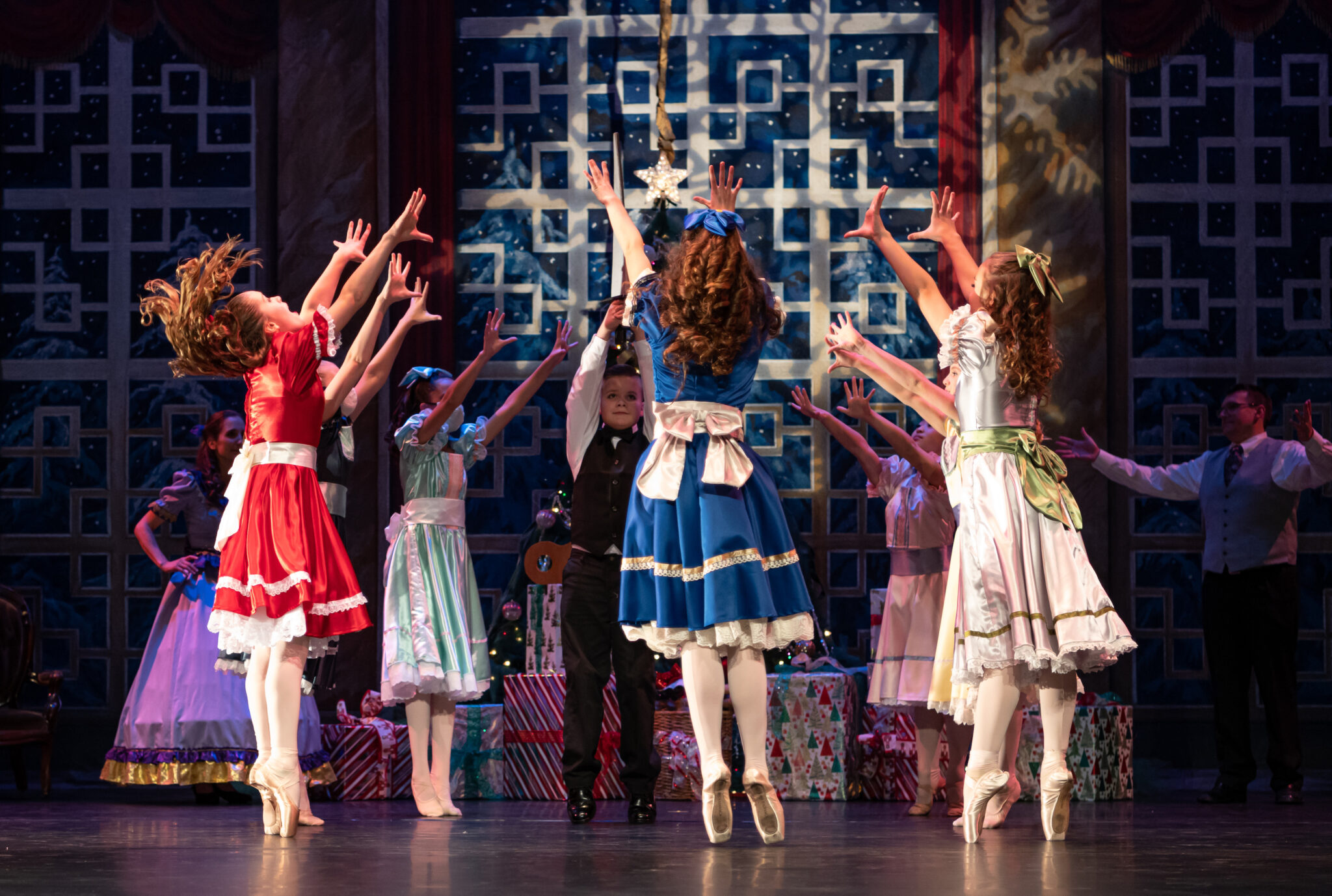 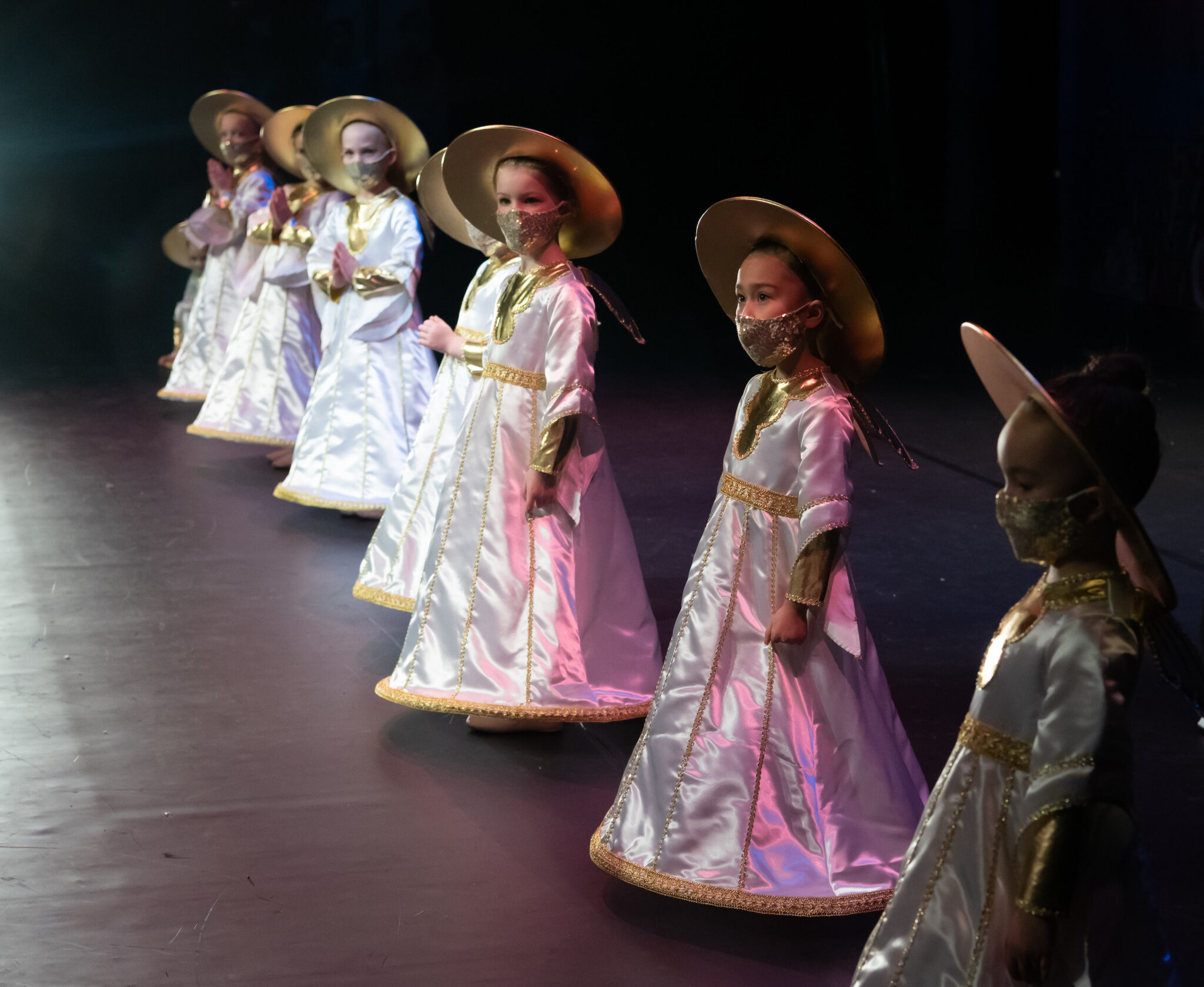 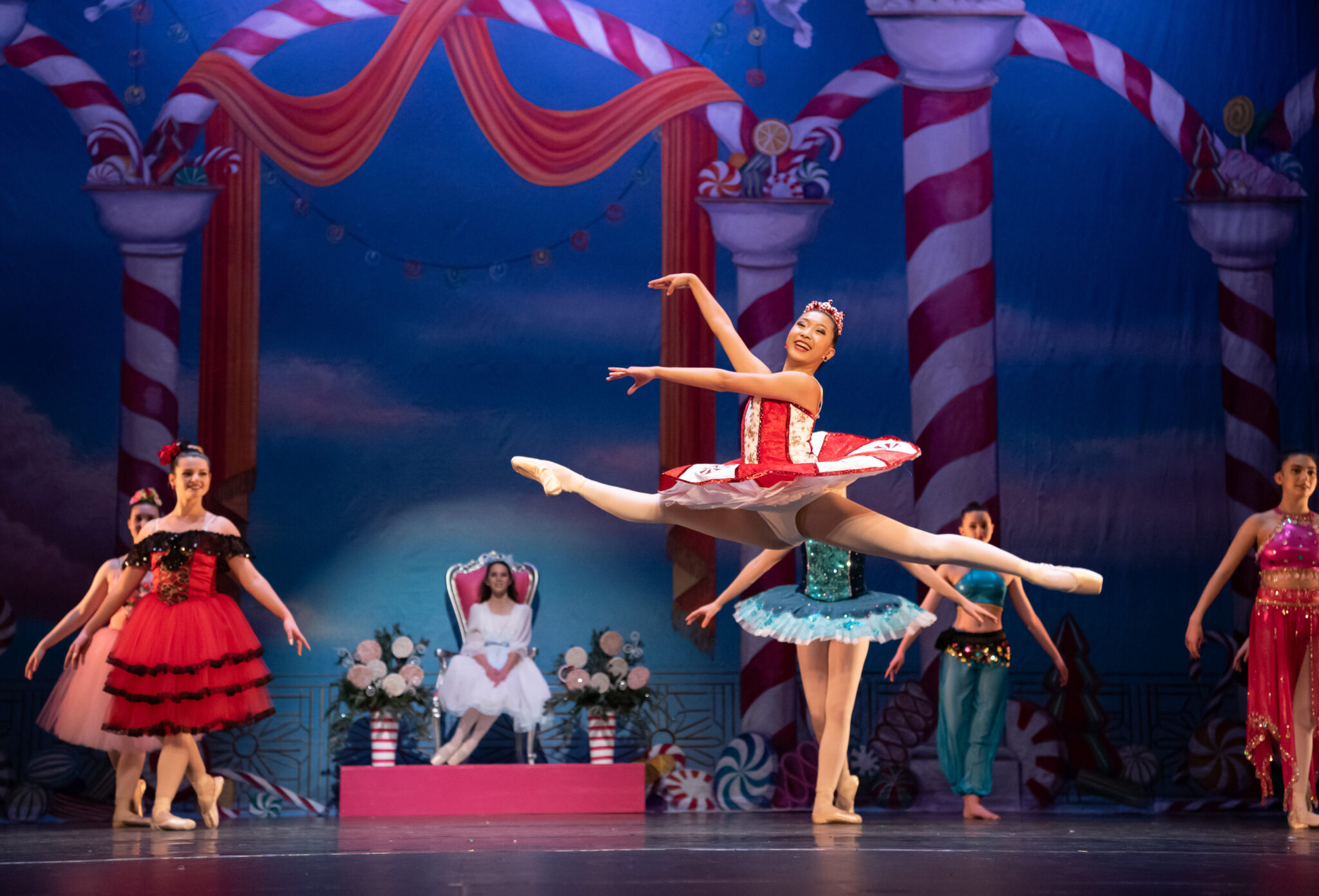