IDT is excited for our 2019-2020 Winter Intensive. This program offers dancers a chance to have ballet and contemporary classes with focused time on technique and strength training. 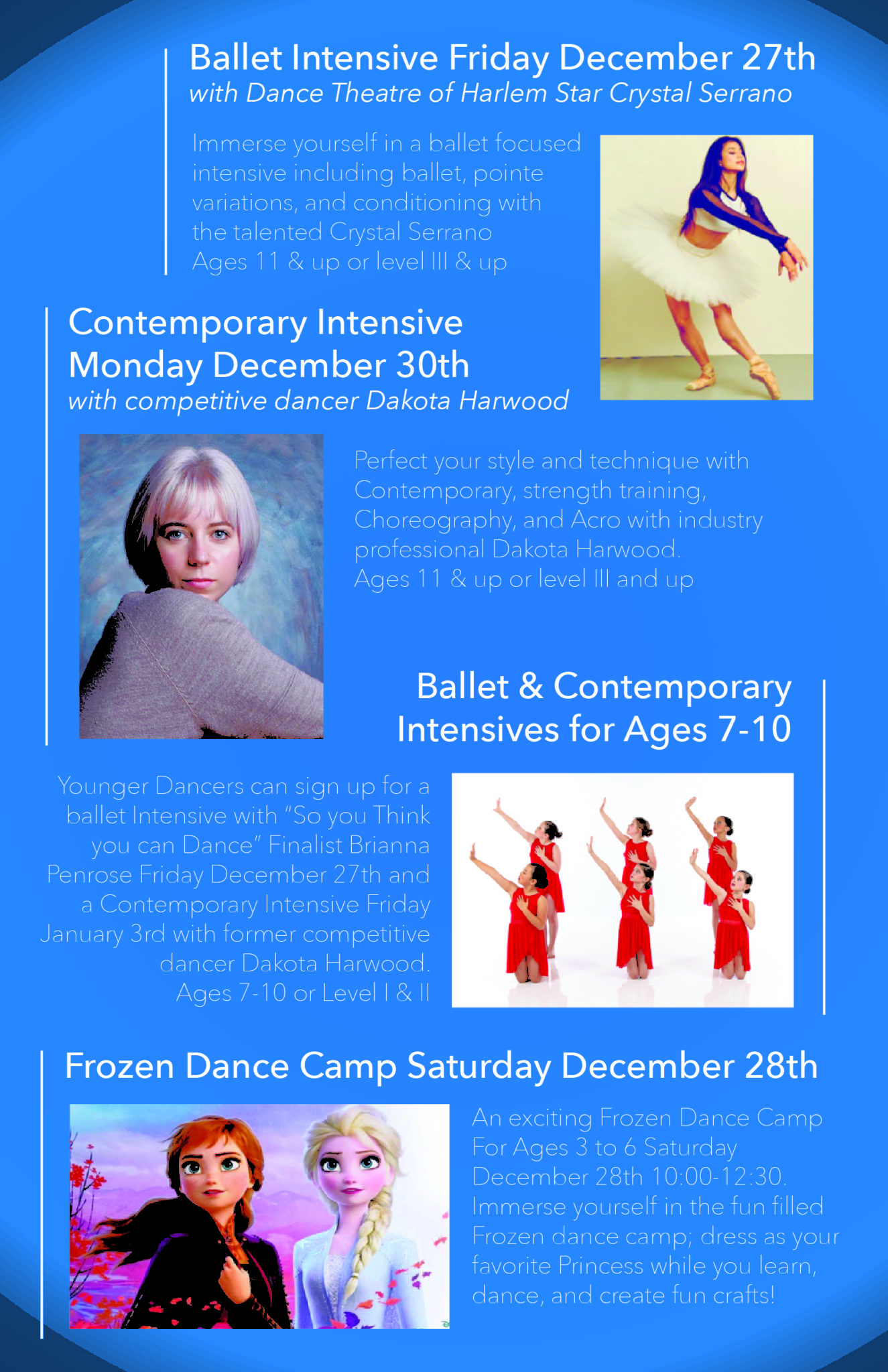 Dakota Elizabeth is an artist from Seattle, WA who specializes in dance, photography, and makeup artistry. After leaving the gymnastics world, Dakota trained at multiple dance studios including Premiere Dance Center, Westlake, and The Connection (Now KreativMndz) specializing in contemporary, hip hop, and tap. She has trained under some of the industry's brightest including Daniel Cruz, Kolanie Marks, Cameron Lee, and many more. After graduating from the University of Washington with a degree in Biology, she moved to Los Angeles where she worked as a photographer and makeup artist for companies such as Break The Floor and on several independent films. Dakota is now back in Seattle and is so excited to be back teaching dance and helping her students achieve their goals!  Check out  for more and be sure to follow @dakota.elizabeth on Instagram!

Brianna calls Tacoma, Washington her home, where she grew up training in all styles of dance. Before her senior year of high school, Brianna moved to Chicago to take part in the inaugural year of Hubbard Street’s Professional Training Program while touring the country as Celebrity Dance Convention’s Professional Assistant and NRG Dance Project’s apprentice. She completed her high school education with a 4.0 GPA, received her certificate of completion for HSPro, and has performed alongside Hubbard Street’s main company in “Danc(e)volve” in pieces by Rena Butler and Florian Lochner. Today, Brianna is based in New York City where she is represented by Go2Talent Agency. As well as spending her time assisting Kenichi Kasamatsu, she has been seen on Lifetime’s Dance Mom’s, So You Think You Can Dance on FOX, and HBO’s Last Week Tonight with John Oliver.